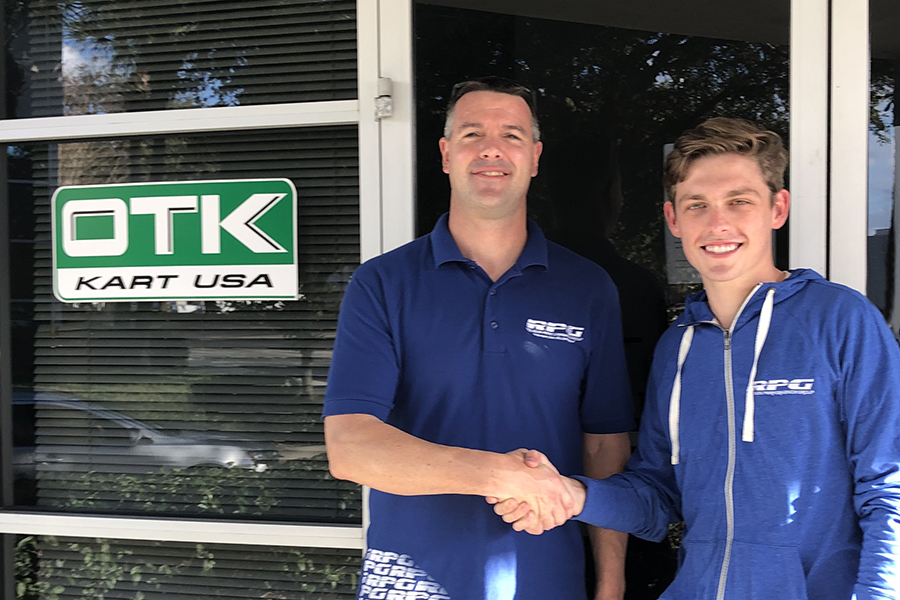 It’s been a busy six weeks for Mike Rolison since his race team turned in its best overall performance at the season-ending Superkarts! USA SuperNationals in mid-November. The Rolison Performance Group walked away with one win and four podiums in Las Vegas, having qualified all eight of their X30 Senior drivers into the SuperSunday main event. Immediately following the SKUSA finale, Rolison’s consistent efforts to strengthen his program then turned to researching an opportunity to add a driver/team coach after one of the sport’s absolute finest suddenly became a free agent. In the end, the effort was a success.

EKN learned this morning that Rolison has completed negotiations to have 3x Superkarts! USA national champion Ryan Norberg join the team and his RPG staff, effective immediately. Norberg will compete throughout the 2019 season as an official RGP driver in the Senior categories, and he will become part of the squad’s coaching staff, acting as a coach and mentor to RPG’s customers. Norberg will make his debut this weekend in the opening round of the Homestead track series.

“It was obviously a surprise to hear of Ryan’s availability following the SuperNationals, so having him join my team was an obvious consideration,” Rolison told EKN’s Rob Howden. “One of our core approaches at RPG is to provide a knowledgeable and experienced staff to support our drivers and customers, and Ryan’s pedigree is unmatched right now. I’m excited to see him steering one of our RPG Kosmic chassis and I’m even more pleased to be able to provide our RPG drivers with access to his experience. Having Ryan with us is going to make RPG even stronger in 2019.”

The RPG hauler pulled into AMR Miami-Homestead Motorplex early today to begin set-up for the track’s opening ‘Karting Challenge’ event this weekend, which will very likely see strong numbers as drivers prepare for next weekend’s Superkarts! USA Winter Series opener on January 11-13. Norberg will use the weekend to settle in with the team, the staff and all of the RPG drivers.

“I am super excited to partner with Mike and the Rolison Performance Group,” Norberg told EKN. “Over the past couple years, his program has shown its strength in becoming one of the biggest threats in the paddock. After speaking with Mike, I know why his team keeps growing. He’s super genuine and you get the feeling that he truly believes in you. He and I were on the same page on pretty much everything, so I’m super excited for what 2019 holds for us!

Norberg’s new position with the Rolison Performance Group will reunite him with OTK material, as the Florida driver won his first of three SKUSA Pro Tour titles in a TonyKart with Team Felon and the Orlando Karting Center. Norberg will place his SKUSA national #1 plate on a new Kosmic Mercury R for the 2019 season. The 20-year-old is expected to compete in the X30 Senior category for the SKUSA Winter Series and Pro Tour, but Rolison has not ruled out races in the IAME SSE 175cc powered Pro Shifter class, or potential Rotax or ROK Cup events.