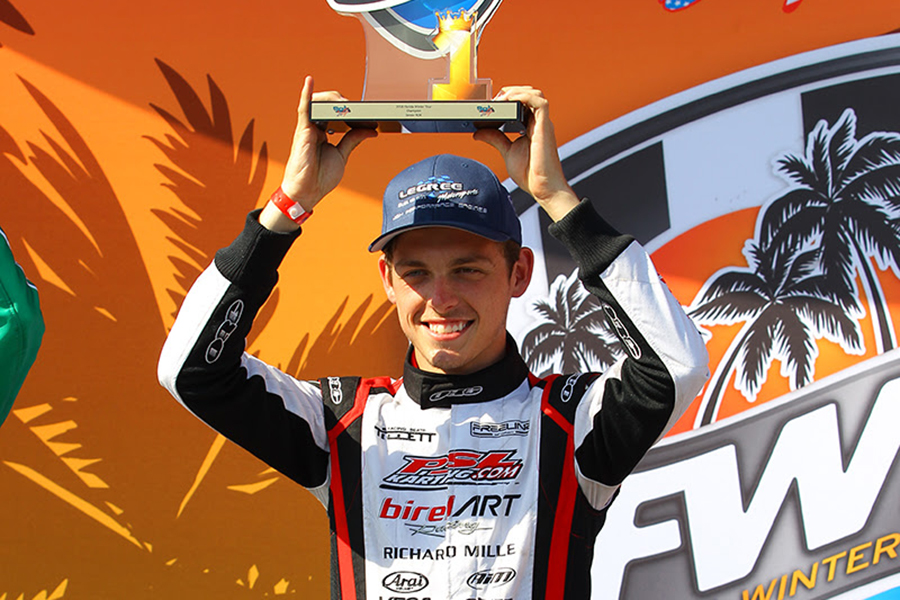 PSL Karting confirmed today that they have parted ways with team driver Ryan Norberg. After a pair of seasons with nothing but success, the agreement was made to mutually distance themselves following the conclusion of the 2018 season.

“We thank Ryan for his support in our program and his achievements over the past two seasons,” explained Team Manager Coy Arbour. “We have had great success but all good things must come to an end. We wish Ryan nothing but success in 2019 and beyond.”

With countless race wins throughout their tenure, Norberg, PSL Karting and the BirelART product line claimed numerous championships including a double championship at the Florida Winter Tour in both Rotax Senior and ROK Senior in 2017. Continuing on with their success that season, Norberg also claimed the Superkarts! USA (SKUSA) X30 Senior Championship as well as secured a podium result at the IAME World Finals in X30 Senior. The wins kept coming in 2018 as the trio claimed their second consecutive ROK Senior Florida Winter Tour title and SKUSA Pro Tour championship in X30 Senior.